Why U.S. Manufacturers Favor Ally Shoring Over Trade with China 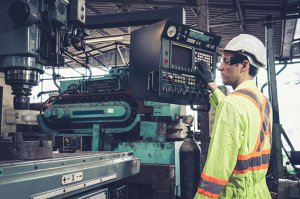 Ally shoring has become a significant part of the manufacturing conversation in recent months following the realities the global pandemic has brought to light. Namely, a shift from the historical U.S. reliance on China for foreign trade. For years, the U.S. has relied heavily on manufacturing in China due to its low-cost labor and production. However, trade conflicts, international travel delays, and halts to supply chains have all led many U.S. manufacturers to consider moving operations closer to home.

Ally shoring refers to the process of shifting supply chains and sourcing essential goods and services to trusted allies. The focus is on creating a strong foundation and business relationship to improve economic and national security. Over the past several decades, companies have found manufacturing in Mexico also meets the demand for cost-effective labor and production, plus the added security of supply chain management through an ally bound by the USMCA.

The USMCA offers protections for intellectual property and trademarks in trade relations between the U.S., Mexico, and Canada. It also enacts provisions to protect original content, particularly within the automotive industry, which requires the majority of production to take place in North America.

There are a number of other unique benefits that make ally shoring between the U.S. and Mexico a favorable option compared to China. Proximity and predictability are two key characteristics that stand out when securing and maintaining successful foreign trade operations.

With the majority of U.S. manufacturing facilities so close to the U.S./Mexico border, there’s no question the risk of transit delays is reduced significantly when compared to overseas shipments to and from China. The close proximity also gives U.S. manufacturers greater oversight for quality assurance of their operations, as well as allows them to better respond to demand fluctuations.

As demand for customization from consumers increases, it requires manufacturers to reduce shipping time through multiple warehousing locations and swift delivery times, which makes ally shoring with Mexico another competitive advantage for the U.S. Being geographically closer often means same-day shipping and delivery with less of an environmental footprint required due to lower transportation costs.

Better Predictability and Stability Built into an Advanced Infrastructure

The ongoing trade conflict between the U.S. and China combined with the halt to supply chains and international travel due to the Covid-19 pandemic has left many manufacturers looking for a more secure solution for future strategies. When manufacturing in Mexico, there is greater predictability and reliability of supply chains and resources when compared to China.

Since Mexico is already well-equipped with the type of infrastructure, technology, and cost-effective industrial talent needed for growing manufacturing needs, it provides a strong foundation for manufacturing companies to set up new operations. Many global manufacturers have already invested in Mexico and continue to expand as innovation grows.

Read more: Why nearshoring to Mexico may be more cost-effective than offshoring to China.

Furthermore, with the unique opportunity presented through Mexico shelter services, U.S. manufacturers setting up new operations in Mexico can do so within three to four months versus the six or seven months it could take launching production as a standalone entity. A partnership with a Mexico shelter company minimizes the risk and liability of foreign operators by operating under the shelter’s established entity.

Another value of working under a shelter is that it allows U.S. manufacturers exemption from the 16 percent VAT for all temporarily imported goods and equipment and reduces costs on labor, permits, licensing fees, and infrastructure. In the meantime, manufacturers maintain complete control over production and property throughout the entire process.

The shift of manufacturing from China to Mexico is not a new concept, as companies decide to diversify their portfolios. Mexico simply offers more favorable benefits that China can’t provide.

If you’re planning to start manufacturing in Mexico and want to learn more about what working with a Mexico shelter company provides, contact IVEMSA today.