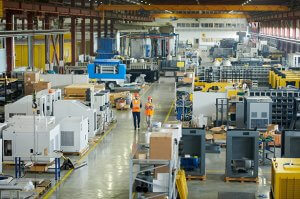 Many U.S. manufacturers are reconsidering their previous investment in offshore manufacturing to China and bringing it closer to home and nearshoring to Mexico instead.

While most companies would agree keeping their production domestically based is most beneficial, the cost-effectiveness of offshoring to China has been a strategic way to reduce labor costs and expand operations in the past. However, recent years have highlighted how China is no longer the most viable option, due to increased labor wages, ongoing trade conflicts with the U.S., and the most recent challenges caused by the coronavirus pandemic.

With production set up in China, there’s also the disadvantage of shipping distance, cultural and language barriers, as well as time zones that don’t align with U.S. business hours. As a result, a growing number of companies are considering nearshoring to Mexico to save on costs but with less risk and greater advantages.

For U.S. manufacturers that want to benefit from both domestic operations and nearshoring services, comparing Mexico with China shows how working closer to the U.S. border makes the most sense on all levels. From hourly rates of workers to intellectual property protection, it shows nearshoring to Mexico is likely the most cost-effective and convenient opportunity.

The cheap cost of manufacturing in China is what led many U.S. companies to expand production there for years. However, hourly wages have quickly risen at an unpredictable rate and are often higher than industrial wages in Mexico. This is partly due to the decline of China’s minimum wage working population and increased number of retirees for what’s been deemed as a “negative population growth,” an imbalance in the ratio of young and old. China’s once young and cheap industrial labor force is now looking for alternative employment at higher wages.

Whereas, Mexico has allotted lower wage increases at a rate that’s proved beneficial for budgeting and forecasting future foreign investments. Additionally, Mexico retains a competitive workforce of skilled workers by graduating tens of thousands of engineers every year.

The trade war between the U.S. and China has caused concern for many manufacturers due to the uncertainty and rising costs of shipping products. Under the USCMA, there are no duties, taxes, or other charges on exports of any goods between the U.S., Mexico, or Canada when the origin of those goods is from the USMCA region (unless these are also applied to the same good when used for domestic consumption). Furthermore, when working with a shelter service provider, U.S. manufacturers are exempt from the 16 percent value-added tax from day one.

Due to the proximity of each country to the U.S., it’s logical that shipping items from China takes much longer than shipping items from Mexico. It often takes several weeks to transport goods by boat or carried by plane, which comes at a hefty transportation price and higher risk of damaged or lost goods during transport. Conversely, in many cases, the time it takes to package and ship goods from Mexico is the same as what it takes for cities stateside.

Proximity is also important when it comes to oversight and quality assurance. Offshoring operations to Asia requires complex planning when taking into account time zone conflicts and travel barriers. Mexico, on the other hand, is a quick drive or flight that makes it inexpensive and convenient to make regular visits to maintain quality assurance and oversee operations as needed.

With these factors in mind, nearshoring to Mexico emerges as the more cost-effective option, as well as a secure and stable selection when compared with China. And fortunately, due to the historical success of U.S. manufacturers that have been operating in Mexico for decades, there’s a blueprint to follow, which can be customized to the specific needs of your company.

For those considering expanding to Mexico or relocating production from China, the guidance of an experienced shelter service provider is key. A shelter allows manufacturers to focus on production and product development without assuming legal risk or setup responsibilities. IVEMSA offers companies support at every stage of the process. This includes a full suite of managed services, including site selection, recruitment and hiring, taxes and accounting, as well as customs compliance and other administrative support. IVEMSA also has the proper permits and certifications in place to get an operation up and running in a few short months.

Partnering with a shelter service helps to streamline the process and make the transition run more smoothly. For additional information about the cost saving advantages of nearshoring to Mexico, call for a consultation today.