What to Expect for Manufacturing in Mexico in 2020

2019 has marked a year of significant change for U.S. manufacturers. From the trade war with China to the updated trade agreement between the U.S., Mexico, and Canada, it’s been a year that has shifted how companies have strategized for 2020. Many are considering their options to either shift international operations from China to Mexico or expand for the first time.

As 2019 comes to an end, it’s important to reflect on how far the industry has come and where it’s headed in the near future, particularly with regards to manufacturing in Mexico. While there’s a learning curve to adapt to, Mexico remains a competitive market for industrial activity with shelter services as prominent as ever. 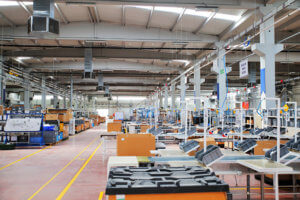 With a change in government leadership last summer, new Mexico laws will take effect in 2020. One of the most notable is the process of obtaining permits for U.S. (and other foreign) companies that want to start manufacturing in Mexico. The Ministry of Economy personnel formerly held responsibility for the IMMEX program inspections for approval and would conduct site visits to production facilities to ensure compliance prior to the start of a project. This process typically lasted two or three weeks before a manufacturer was approved or received an IMMEX program extension.

However, under the new administration, these physical inspections are now handled by local notaries who do not maintain the experience and expertise in manufacturing and are responsible for submitting their reports to the Ministry of Economy. Their job is to document under oath and in good faith that the company seeking to join the IMMEX program exists and meets the required standards.

The mandate has affected the approval process, which is now stretched beyond the typical two weeks to possibly 30 days or longer, depending on the Ministry of Economy workload and its criteria. If everything is in accordance, your IMMEX program will be approved; if something doesn’t match, then you need to resubmit your application and the clock starts again.

This is one example of more complex rules that companies must abide by, if they wish to manufacture in Mexico. A procedural change such as this further magnifies the value of working with a shelter services company. Starting a production facility in Mexico as a standalone entity is challenging on its own. Navigating changing government regulations adds a degree of difficulty to the mix.

It’s beneficial to work with an experienced shelter service provider like IVEMSA that’s already familiar with the process and maintains the relationships and connections necessary to minimize risk and increase efficiency. Shelter services have always been an important part of Mexico manufacturing, but have now been amplified in the wake of the regulations being rolled out in 2020.

In addition to helping manufacturers navigate compliance when starting operations in Mexico, one of the initial steps of working with a shelter company is site selection. Although Tijuana has an active market due to its border proximity, there’s a low vacancy rate and building costs have begun to rise.

Alternatively, Mexicali and central Mexico have building rates that aren’t as expensive, but each area is different and prices are determined by demand. Each region is known for a specialized field where skilled labor is already established, as other global companies have already put down roots. With regards to the main areas associated with Mexico manufacturing, here are the cities where they’re most prominent:

A shelter services company can propose regions and facilities that maintain a higher level of cost stability and are conducive to a particular industry.

Read more: Benefits of the IMMEX Program for U.S. Companies.

For decades, China was known for its low labor costs, which attracted U.S. manufacturers to expand its operations overseas. However, salaries in China in the last decade have grown exponentially. Factory wages hit a spike in 2016, which was a 64% increase since 2011, with average hourly wages equaling $3.60 per hour. They continued to increase and are now $4.95 per hour on average as the country also faces its lowest working-age population in a decade.

Mexico offers stability in terms of labor costs, growing at a similar pace as inflation at 4%-5%, with a current average hourly wage equaling $4.00 per hour. Additionally, it upholds a competitive workforce skilled to handle the influx of industrial roles required for emerging technological advances. This helps to meet the demand for technically proficient laborers that are on the decline in the U.S. as well.

To learn more about how manufacturing in Mexico can help your business in 2020, contact IVEMSA today.