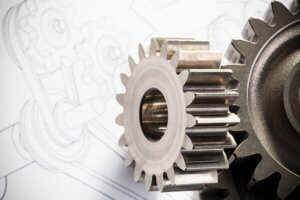 Beginning in the early-to-mid ‘90s, the Law of Industrial Property and Federal Copyright Law have covered intellectual property (IP) protection in Mexico. Additionally, U.S. manufacturers have held IP protection under NAFTA with regards to trade with Mexico. Companies will soon experience improvements to these protections through the signed and revised U.S.-Mexico-Canada Agreement or USMCA set to be enforced this year.

When first established, provisions of Mexico’s IP laws initially focused on property rights for inventors. These have now evolved to include the protection of patents, trademarks, trade names, trade secrets, slogans, industrial design, origin identification, and trade names with an emphasis on industrial use cases. As of 2018, Mexico issued updates to its current IP laws to offer even greater protection to businesses.

Among these changes included expanded definitions of design registration law and trademark verbiage to be inclusive of non-visual trademarks. These align with the language of the USMCA trade deal that was signed by all three countries in November of last year and revised the month following.

Entities starting the trademark registration process should expect a timeline of approximately six to eight months in order for the application to be reviewed and accepted under compliance with the country’s set regulations. Approved trademarks in Mexico are valid for ten years from the filing date and can be renewed.

The USMCA Brings IP Protection into the Digital Age

IP protection laws have been modernized to include language and laws protecting digital content and trademarks. As technology and international trade relations continue to expand and evolve, the security of these protections become even more important for all industrial businesses.

When enacted, the USMCA will recognize IP enforcement protocol to include digital property to safeguard data transferred across borders. There are also standards set forth with regards to internet service provider (ISP) protections and updates to trademarks and trade secret provisions.

The revised agreement also sets a new standard for protecting the pirating of digital media, including music, books, and movies. Generally speaking, the USMCA recognizes the importance of specific IP enforcement protocols for copyright or trademark infringements as it pertains to modern classifications of provisions previously outlined.

Mexico’s ever-expanding attention to IP protection, especially in accordance with the trade agreement with the U.S. and Canada, has continued to make it a favorable choice over manufacturing in China where such IP protections do not apply. This advantage, in addition to the ongoing trade war between the U.S. and China, has caused manufacturers to consider moving or at least diversifying their operations to focus on Mexico manufacturing solutions in the near future.

With the enactment of modern laws to include digital protection, new procedures are established to ensure companies have their intellectual property safeguarded. Mexico remains steadfast in enforcing IP protection and limiting infringement through several of the country’s organizations. The Office of the General Attorney, the National Institute of Copyright, and the IMPI (Mexican Institute of Industrial Property) are all agencies that pursue disciplinary action against IP violations.

Want to learn more about the security of IP laws when expanding your operations to Mexico? Contact IVEMSA today.