3 Key Factors Benefiting the Growth of Manufacturing in Mexico 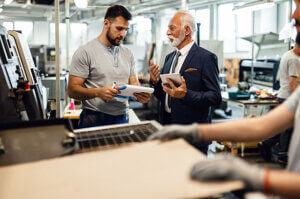 Mexico manufacturing is a leading strategy for U.S. companies considering an operational expansion, particularly as they pivot to accommodate for the industrial labor shortage plaguing the country. Though not a new approach, it’s one that’s being revisited as companies increase their current foreign direct investment (FDI) or consider manufacturing in Mexico for the first time.

From 1993-2020, bilateral trade between the U.S. and Mexico has grown by 482% with Mexico serving as the second largest export market for the U.S. Meanwhile, the U.S. is Mexico’s leading source of FDI, amounting to $100.9 billion USD, which accounts for over 39% of investment into Mexico. Among the top contributing industries are automotive, aerospace, and electronics.

Mexico remains the world’s fourth largest auto exporter and the first largest to the United States. Meanwhile, the aerospace sector makes up almost half of the FDI in Mexico with a 14% average annual export growth and has grown to well over 300 manufacturing firms and organizations in the sector. Lastly, electronics manufacturing in Mexico has benefited companies like LG, Samsung, Panasonic, and Foxconn that have relied on the established supply chain for decades.

The solid infrastructure and historic success of the trade relationship between the U.S. and Mexico are two of the many reasons why the number of companies and/or their investments have risen over time. For those that plan on manufacturing in Mexico in the coming years, here are three other benefits to take into account.

The U.S. is faced with the challenge of an industrial worker shortage and continues to struggle when trying to fulfill manufacturing roles. With older generations retiring and younger generations seeking alternative employment and career opportunities, it’s been forecasted the lack of skilled workers could cost as much as $1 trillion USD by 2030.

Whereas, Mexico continually graduates over 10,000 engineers every year and supports foreign direct investments with advanced education and training programs. Not only is there more qualified and available talent, the labor costs in Mexico are also lower than industrial wages in both the U.S. and China.

In addition to a highly skilled and more cost-effective workforce in Mexico, the costs of logistics and transportation also serve as a key benefit for U.S. manufacturers. To ship cargo from China to the U.S., it often amounts to tens of thousands of dollars, while the cost of a shipment from Tijuana to California often is estimated closer to two or three hundred dollars.

Additionally, the close proximity between the U.S. and Mexico allows goods to arrive faster and with fewer delays. Particularly over the past two years, supply chains have been inoperable and/or backed up in ports with deliveries from China taking several additional weeks to arrive. This timing unpredictability also results in port fines, overtime labor fees, and other costs of production setbacks.

The growth of manufacturing in Mexico is also supported by shelter company partnerships. As an alternative to forming a standalone entity, U.S. and other foreign manufacturers have the option of operating under a shelter, which minimizes their risk and liability. A shelter company also greatly improves the efficiency and effectiveness of a production launch, with a timeline that takes closer to three to four months versus the six or seven necessary as a standalone.

Furthermore, shelter companies provide an extensive list of administrative services, including HR and recruiting, taxes and accounting, and customs compliance to help get an operation up and running. By having these managed services all in one place, companies can focus on the manufacturing process while still maintaining full production control.

Manufacturing in Mexico has been a longtime strategy for many of the world’s biggest businesses and the presence of U.S. and other foreign companies will only continue to grow. If you’d like to learn more about how Mexico shelter services can benefit your company’s production goals, contact IVEMSA today.