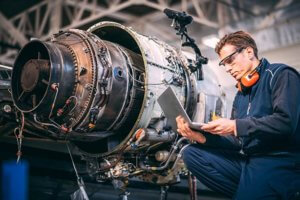 Mexico manufacturing is made up of several key industries. Automotive and electronics have both consistently been the top industries of foreign operations, but over the last several decades, aerospace manufacturing in Mexico has also held steady ground. It accounts for nearly 30 percent of the country’s exports and the state of Baja alone makes up the majority of these, due to the presence of global companies, such as Honeywell, Gulfstream, Collins Aerospace, GKN Aerospace, SAFRAN, and LMI Aerospace. The forecast for aerospace exports in 2020 is expected to hit $12 billion.

The number of active foreign aerospace manufacturers Mexico supports has increased from 100 to nearly 300 over the past several years with the biggest number landing in the Baja region. Part of the successful growth is due to the low trade barriers that are present among the U.S., Mexico, and Canada. This is especially relevant within recent years as these three countries have updated their trade agreement (USMCA) with inclusions to benefit all, while stricter trade regulations have been enforced between China and the U.S.

Another reason why the aerospace industry has experienced consistent growth in Mexico is the lower labor costs of highly skilled industrial workers compared to those in the U.S. and other foreign countries. Additionally, Mexico’s local and federal government have offered incentives specifically for foreign aerospace companies that wish to expand or operate in Mexico.

Favorable trade relations and cost-effective labor costs are added to the close proximity of Mexico to the U.S. as a third reason why aerospace manufacturing has thrived.

Aerospace manufacturing in Baja is expected to continue expanding due to the connection between the U.S. and Mexico, as well as the state of Baja’s ability to capitalize on global market trends and incorporate other areas of technical expertise to promote higher levels of development. According to the International Trade Administration, the state of Baja has become Mexico’s most important state for aerospace (as well as medical and electronic) and accounts for over 101 industrial parks between Mexicali, Tijuana, Tecate, Playas de Rosarito, and Ensenada.

Baja offers decades of aeronautical experience with over 90 aerospace companies. The majority of aerospace companies doing business in Baja continues to grow every two or three years and brings new processes and newer technology to the state that improves the knowledge and experience of the local workforce. As a result of this surge and success throughout the years, there have been specific objectives to further link aerospace manufacturing with other industrial markets to facilitate better business relationships among the different sectors and create stronger ties between the U.S. and Mexico.

A research program headed by The George Washington University in Washington, D.C. concluded that the state of Baja can “capitalize on its experience in electronics” to “reinforce engineering activities related to development and support infrastructure for the talent, training, and supply of necessary technical and technological services.” The research goes on to support the continued growth of the aerospace industry based on various global market trends, including new materials, such as Nano compounds, which are classified for both civil and military aviation. Three key research centers specializing in new materials are located in Mexico.

The foundation of what started the growth of aerospace manufacturing in Mexico is what will support its longevity. This includes favorable trade relations, a highly-skilled and cost-effective workforce, and close proximity to the border. When coupled with the ability to meet rising market demands and expectations, as well as boost international innovation, Baja has secured its spot as a main global competitor in the industry.

For more information about aerospace manufacturing in Mexico and how IVEMSA can help your company, contact us today.