How the Resiliency of Mexico Manufacturing Contributes to U.S. Economic Regrowth

Economic conditions around the world are still reeling from the impacts of COVID-19, and companies are reassessing their business strategies going forward. However, Mexico manufacturing has experienced a resurgence of growth which has surpassed activity pre-pandemic. 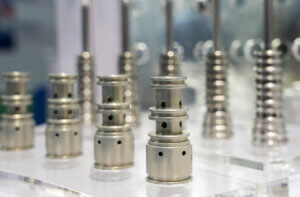 While other markets like China temporarily shut down or delayed supply chains over the past two years, Mexico held relatively steady and fulfilled production needs where others fell short. This in combination with the rise in export demand has led to a growing reliance of U.S. manufacturers on suppliers in Mexico, though the strong partnership between the two countries isn’t a new concept.

Mexico manufacturing maintains a long history of success across various sectors, including automotive, aerospace, electronics, and medical devices. Inevitably, a growing number of U.S. firms are seeking the same growth and stability others have previously achieved. With continued investments in infrastructure, a favorable trade policy, and industrial workforce availability, Mexico continues to strengthen its support for U.S. economic growth.

Though Mexico also experienced economic setbacks due to the pandemic, the Mexican Government held to its commitment to establishing a greater quality and coverage of infrastructure as a way to stimulate economic activity and create employment opportunities. The first round of economic reactivation projects was announced near the end of 2020 and featured 39 projects worth an estimated $13.8 billion USD. This included airport system upgrades for the greater Mexico City metropolitan area and surrounding states, new refinery construction in Tabasco, and a passenger and cargo train on the Yucatan Peninsula.

Another 29 projects equaling $10.5 billion USD were launched only a few months later, followed by the third round of 36 projects in 2021 worth $3.5 billion USD. Added to the list of most anticipated projects was the development of the T-MEC Corridor, a port designed to connect Durango with 220 miles of railway and serve the central and northeastern part of the U.S. and ultimately link to centers in Winnipeg, Canada.

Additionally, the official enforcement of new USMCA provisions established in July 2020 promoted economic stability between North American countries and further incentivized many U.S. manufacturers to relocate their operations from China to Mexico. Though China was once a cheap production solution for U.S. firms, the increasingly volatile relationship between the two countries caused many to reevaluate their strategies. Between the trade war, problems with intellectual property protection, and the rising costs of labor in China, Mexico manufacturing has become the more lucrative alternative.

The steady availability of Mexico’s industrial workforce, in combination with greater U.S. export demand, has helped to drive the need for manufacturing in Mexico. While labor shortages in the U.S. have caused growing concern for many industrial sectors, companies can easily source highly skilled talent in Mexico to fulfill production needs at a cost-effective rate.

Mexico manufacturing has demonstrated resilience over the decades, particularly through the most recent set of pandemic-related challenges. It’s one of the many reasons why U.S. firms continue to invest in this strategy as a way to support their economic activity. With the help of an experienced shelter company like IVEMSA, manufacturers receive the support and expertise they need to launch and maintain a successful operation.

Learn how IVEMSA can help support your production goals in an ever-changing economy. Contact us today.