Maquiladoras: What You Need to Know 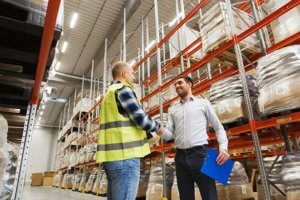 In Mexico, a maquiladora is a factory or manufacturing facility owned by a foreign company that manufactures products to be exported (usually back to the parent company’s own country). The foreign company brings its own equipment and machinery to the facility in Mexico and directs overall strategy, while the plant managers in Mexico run the day-to-day operations. This unique program allows companies to take advantage of Mexico’s lower labor rates and operating costs, along with the country’s many free trade agreements.

The maquiladora program established by the Mexican government in 1964 to attract foreign investment. However, the program wasn’t commonly used until NAFTA was adopted in 1994. Throughout the 1990s, maquiladora became more common, especially in Mexico’s northern border region. From 1994 through 2000, the government waived Mexican import duties for maquiladoras and offered preferential duty rates on certain products. After 2000, duties increased on certain materials from non-NAFTA countries.

The maquiladora program is now officially known as the IMMEX program, but the term “maquiladora” is still widely used. Today, there are currently over 3,000 maquiladoras employing over one million workers, mostly in Mexico’s northern border regions.

The Secretariat of Economy classifies maquiladoras into one of five categories:

For most foreign companies, operating under the maquiladora program is by far the best choice when it comes to nearshoring. These are some of the benefits they receive:

Maquiladoras play a major role in Mexico’s manufacturing industry. Many of our clients begin manufacturing in Mexico in order to scale or expand their operations, and the maquiladora program offers a cost-effective way to do that. Today, you find maquiladoras from all sorts of industries throughout Mexico, from automotive to aerospace to medical devices.

Interested in learning more about maquiladoras and if it’s the right choice for your company? Contact us today to request a free consultation.