One of the hidden jewels of Mexico with both old country charm and major manufacturing activity is the peaceful town of Tecate just across the US border. Overlooking the verdant Valle de Guadalupe, Baja’s wine country, this safe town features a world class restaurant complex, Asao, complete with conference center and luxury hotel. It’s also home to the award winning luxury health resort, Rancho La Puerta. 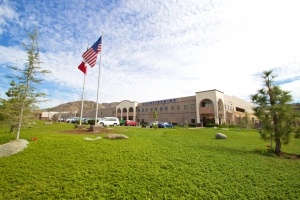 While maintaining the appeal of a calm community, Tecate is the center of more than 119 manufacturing facilities employing thousands of workers. Perhaps the most recognizable is Tecate Beer, who’s first brewery opened here. Other major companies with manufacturing operations include Rockwell Automation, Schlage Lock, Ingersoll-Rand, Taylor Guitars, and Teleflex.

Mexico’s middle class has continued to expand over the last decade, resulting in a well-educated young labor pool very much in touch with the modern world. Among them are graduates from Tecate’s Autonomous University of Baja California one of the many universities in northern Baja California that graduates students ready to enter the work force armed with Bachelor of Science degrees and eager to work in Aerospace, Electronics, Electrical, Industrial Engineering, and more.

For those who just can’t deal with the wait at the border to cross back into the U.S, Tecate is the answer. While it’s an easy commute to nearby San Diego and Tijuana with their major airports, and the typical weekday border wait is 15 minutes in a car and even less on foot. It is indeed a hidden jewel that manufacturers can benefit from by calling it home!