Spectrum: S-40 Jet, Made in Mexico First Aircraft to be Completely Manufactured in the Country 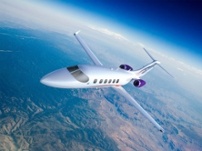 How many parts does an airplane have?  According to Boeing, a goliath in the U.S. Aerospace industry, there are over 6 million pieces that make up its  747.  Completely believable when you consider everything from cockpit parts, nuts and bolts to tray tables and seatbelt buckles!

Mexico has been persistent in working to elevate its position in the supply and demand industry for aerospace parts for several years. ProAereo 2012-2020, put in place by the Mexican government, is a national strategic program designed specifically to put Mexico among the top 10 countries in the world in aerospace manufacturing and production. And further, to make Mexico the first aerospace service HUB in Latin America.

In support of ProAereo’s goal, the Mexican government has established educational facilities and research centers geared to specifically enhance their potential in aerospace: grooming a talented workforce and creating infrastructure to ensure sustained capabilities in the industry.

The strategy is continuing to pay off as San Diego based U.S. aircraft developer, Spectrum Aeronautical, is set to build their S-40 business jet in Mexico.  Spectrum says Mexicali was chosen due to the area’s population of highly skilled workers, and for its proximity to the “huge aerospace industrial infrastructure of Southern California.” Spectrum chief finance officer David Tenney says, “Mexico is really keen to develop its aerospace industry and the S-40 will be the first aircraft to be completely manufactured in the country.”

$300 Million is the sum needed to fund the project in its entirety. The Mexican bank, Bancomext, is providing a portion of the funds necessary while the remainder will be funded through U.S. and Mexican equity investors, Tenny explained.  “This will fund the aircraft through development, certification and into service. We are very pleased with the terms and hope to have all the money in place by the end of June,” he added.