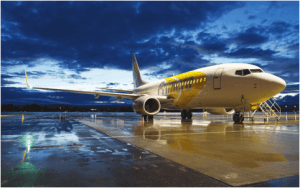 Major manufacturers, General Electric for example, began making their way south into Mexico after the North American Free Trade Agreement (NAFTA) was enacted in 1994.  Even amid the great optimism NAFTA inspired, it is unlikely anyone could have predicted that Mexico would emerge as one of the nation’s most vibrant sectors and host nearly all of the global players in the Aerospace and Defense (A&D) Industry.

The Mexican Federation of Aerospace Industry (FEMIA) is one of several institutions in Mexico that are regulating, promoting and establishing the aerospace industry to a higher level.  The Managing Director, Luis Lizcano, said, “We started off being the tenth exporting country to the U.S. aerospace market and right now we are considered number six.  We actually made a huge achievement in doing so and we plan to continue expanding, growing and going up in the ranking.”  Among the objectives FEMIA has set in place is positioning Mexico as the first aerospace service HUB in Latin America. 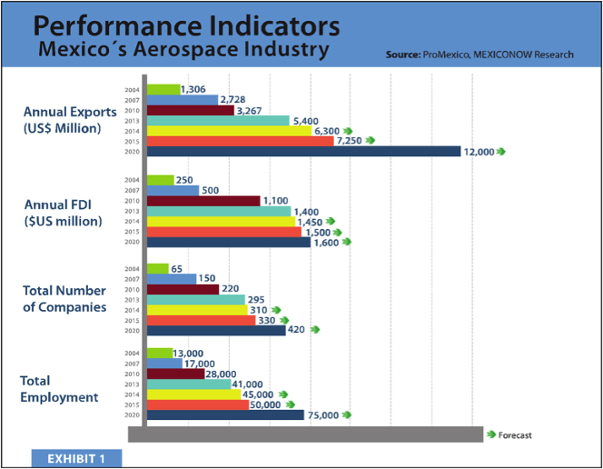 Bombardier, one of the world’s largest airplane manufacturers, started operations in Querétaro, Mexico in 2006. Alfredo Nolasco, Chief Country Representative for Bombardier, Mexico, said, “The aerospace sector has to have long sights into the future. That is why we are aiming at 2032 as our target in our strategy plan. Mexico is fundamental because of the quality of the products that we are producing in Mexico, because of the engagement of the labor that we have in Mexico, and because of that we see that Mexico has provided an added value to all the chain of Bombardier.”