Manufacturing in Mexico has been a successful, cost-effective strategy for many U.S. firms over the decades, especially as a competitive alternative to manufacturing in China. However, Mexico manufacturing also creates opportunities for U.S. operations in ways that may go unnoticed.

In addition to the benefits of lower labor and production costs, the trade relationship between the two countries continues to grow stronger and serves as a boost to the U.S. economy. Here are four ways that show how.

1.   Uptick of American Sales in Mexico 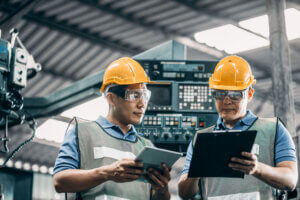 Mexico manufacturing supports the production demand in the U.S., but there are also a lot of products Mexico imports from the U.S. as well, including higher-value items, such as machinery and mineral fuels. The latest trade data reports Mexico was the second-largest importer of U.S. goods equaling over $256 billion, an increase of 99.1% since 2009, making it a surging win-win for both economies.

The labor shortage, particularly in the industrial sector, has been a rising challenge in the U.S. There are many production jobs many Americans either do not want or do not have the expertise necessary to qualify. Fortunately, the labor force in Mexico has the technical education and skillset to meet market demand at a cost-competitive rate.

Globally, countries are putting together big trade blocks, i.e. the European Union. The U.S. and Mexico both fall into the North American trade block and establish free trade between the countries per the USMCA. Additionally, per the trade agreement, intellectual property is greater protected than in China and more aligned to U.S. standards. These favorable trade relations make it no surprise that Mexico manufacturing has surpassed China and is currently the largest goods trading partner for the U.S. with $614.5 billion in reported two-way trade in 2019.

Setting up foreign operations doesn’t automatically mean profits generated stay foreign as well. When a U.S. firm sets up operations under a maquiladora in Mexico, the maquiladora doesn’t keep the profits; they’re generated for the company headquartered in the U.S. The maquiladora supplies the labor and relies on the local supply chain to ultimately support U.S. manufacturing growth.

Starting Foreign Production with the Help of a Shelter

U.S. manufacturers that want to expand their operations minimize their business risk by partnering with a shelter company. They can choose to move part or all of their processes to Mexico as a way to lower costs and increase production without the hassle of overseeing all the necessary administrative tasks.

Under IVEMSA’s shelter program, setup is complete in as little as three to four months with HR, accounting, daily trade operations, payroll, recruiting, and accounts payable taken care of. Additionally, companies operating under the shelter don’t have to establish their own separate entity which minimizes risk and liability. Plus, if after the trial period, the solution isn’t the right fit, the flexibility of the shelter makes it easy to stop or adjust production as needed.

Want to learn more about how IVEMSA can support your manufacturing goals? Contact us today.