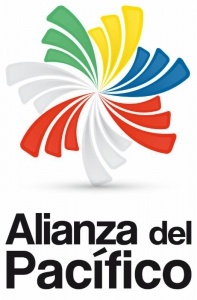 Mexico, recognized as one of the three largest economies in Latin America is also one of four countries that make up Alianza del Pacifico (The Pacific Alliance). The Latin American trade bloc also includes Chile, Colombia, and Peru. Among the objectives of Alianza del Pacifico is driving further growth, development, and competitiveness of the economies of its members.

Noted in a recent report by the MAPI Foundation, (Manufacturers Alliance for Productivity and Innovation) in the first four months of 2015, fabricated metal plants in Mexico increased production by 8.8%, rubber and plastic manufacturing increased by 4.5%, manufacturing output increased 3.2%, while the electronic equipment products and electrical machinery industries, both continued to climb at steady margins. Safe to say, growth has a strong foothold.

Fernando D. Sedano, Ph.D., an expert in economic indicators and development in Latin America, says that with the weak performance of U.S. factories earlier this year, for some, Mexico’s healthy manufacturing performance is quite perplexing. He suggests that it could be “attributable to the weaker peso relative to the U.S. dollar, which made Mexican-made manufactured goods more competitive.”

Or, might the demand for Mexican goods in the Orient be a part of the equation? Mexican Trade Minister, Ildefonso Guajardo, told Reuters he was optimistic exports to the region would continue to increase before Peña Nieto’s term comes to an end in December 2018.

The Mexican President has been courting China in an effort to strengthen economic relations since he took office in 2012. His attentiveness seems likely to pay off in Guajardo’s opinion, “From what we have today to what we could have, I think it could be double,” he said in an interview during a meeting of ministers from Colombia, Mexico, Peru and Chile.