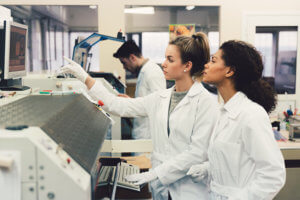 There has been a lot of news lately about Mexico, and specifically manufacturing or doing business in Mexico. The new President and his administration have already made changes to Mexico’s minimum wage and more. Here, we’d like to address the latest news being reported and answer questions we’ve been getting from our clients.

What is the new minimum wage, and how will it affect Mexican labor rates?

Effective January 1, 2019, the minimum wage increased across Mexico to about $5.10/day (a 16% increase). In the border region, the minimum wage doubled to about $8.80/day. This also increases the cost of social security and other wage-based benefits required of employers.

However, most manufacturers in the border region aren’t seeing significant impacts in their salaries or operating costs. In highly complex, technical industries, employers tend to offer higher wages to be competitive in the job market—we typically advised our clients to offer at least $8.80/day before the wage increase took effect. For most clients, this works out to fully burdened salaries of about $3-5/hour.

Despite some reports, we don’t expect to see any additional increases to the minimum wage in the near future.

What is the “northern border free zone”?

Also announced on January 1, the northern border free zone includes 43 municipalities in 6 states that either adjoin or are very close to the US/Mexico border. In addition to seeing a higher minimum wage, the value-added tax (VAT) will also be cut in this region (from 16% to 8%).

The President’s goal is to attract new investment in the region, as well as improve workers’ standard of living. He focused on developing local economies and creating more and better jobs for the Mexican labor force. He also recognizes that the strength of the border region lies in its manufacturing and strong trade with the US, so the changes he is proposing are meant to attract more foreign investment.

So far, we haven’t seen significant impacts in the region. Most employers already offered salaries that are in line with the new minimum wage, so changes to Mexican labor rates have been minimal.

Are unions in Mexico changing how they operate?

There are many union and labor organizations throughout Mexico, but not all are reputable. Recent changes to Mexican labor laws (which affect the entire country, not just municipalities in the border zone) have increased transparency and accountability among unions—they now must prove that they actually represent their workers, for example. The new USMCA (replacing NAFTA) has additional labor requirements that Mexico must comply with—namely, guaranteeing the right to freely organize and bargain collectively.

Ultimately, the most important thing to know is that business is still going on as usual in Mexico, especially in Baja California and other border regions. We are still meeting with new clients interested in setting up manufacturing operations in Mexico, and our current clients continue to operate successfully—and we expect manufacturing activity, especially in industries like aerospace, automotive, medical devices, and more to keep growing.

Have questions about manufacturing in Mexico? Give us a call and get your questions answered.