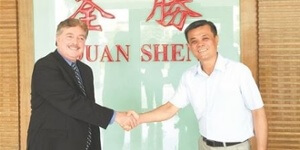 Baja California, Mexico has long been committed to making the region a strategic, globally competitive and welcoming home for successful Asian manufacturing operations. This dedication was reinforced by a recent trade mission lead by Governor Francisco Vega and his team of city and private sector economic booster representatives.

As a result of the whirlwind tour that included visits to Taiwan, China, Korea and Japan, the delegation has confirmed two major investments in the region:

These announcements are part of a total portfolio of $435M of new Asian investments to the region that will be finalized and confirmed over the coming months.

The trade mission team visited 29 manufacturers and respondent trade offices in the four countries during the two and a half week tour. During the meetings they outlined the utilities, facilities and infrastructure that make Baja California a world class manufacturering location. Equally importantly, they were pleased to renew acquantance with old friends and develop the new relationships that are the foundation of mutual economic success.