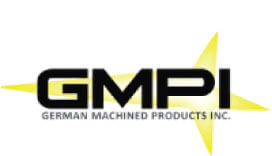 A number of key GMPI customers had begun to look at offshore parts and assembly options in an effort to lower costs. In order to stay competitive with the global market, GMPI researched establishing operations in a number offshore locations including China and Malaysia. They found those areas to be logistically challenging, as well as containing significant barriers to the establishment and operation of business. GMPI then turned to Mexico where they looked at a number of cities, finally settling on Mexicali due to the proximity to California and the large aerospace industry already established in that location.

Once GMPI settled on Mexicali, they began to look for partner companies that could help them best develop their presence in the region. Eventually they interviewed four different shelter companies, with IVEMSA as their final choice. “IVEMSA has the most experience with companies in our niche, and demonstrated that they could best help us navigate this new business landscape,” said Jonathan Minter, President, GMPI. “Just as important, we genuinely like the IVEMSA team and feel comfortable working with them.”

Since the establishment of their Mexican operations in January of 2014, GMPI has hit the ground running. They are currently at +/- 50,000 hours and are on track to be at 100,000 hours of machining by the end of the year. “IVEMSA found us the right operations manager, and has gotten us the necessary expertise for all issues including legal, and import/export,” Minter stated. “With IVEMSA’s help we have met all of our milestones and are successfully up and running.”